The 2004 Indian Ocean Tsunami was one of the worst natural catastrophes in history. While international attention has faded, post-tsunami challenges continue to have an impact on affected communities. Six years later and just weeks before Fukushima, we looked at what has been achieved, what went wrong and what challenges remain. On a three month trip from December 2010 to February 2011 to the five countries most affected–Thailand, Aceh/Indonesia, Sri Lanka, Maldives and India–we investigated the current state of architecture built or reconstructed in the aftermath of the Tsunami. Using video and photography, we documented the long-term effects of the disaster through conversations with survivors, eyewitnesses, aid workers and rescue personnel. We also established a collection of footage of the disaster and the reconstruction efforts.

We were interested in how the flood of aid money has transformed the affected regions, rebuilt and refashioned local economies and shaped communities. How does collective and individual memory work, years after such a highly publicized media mega-event? How has architecture built after the Tsunami been able to respond to the individual needs of affected communities? How were these communities able to participate in the recovery process? How have these structures been adapted over time by their inhabitants, and how did architectural interventions alter societal and communal structures?

In some cases, locals were integrated in the reconstruction efforts and empowered to organize themselves to rebuild their livelihoods; effected communities have upgraded their living situation through the newly built housing but quite often the housing design has been culturally insensitive and well-meant efforts created a so-called "dependency" syndrome in which communities keep demanding outside assistance instead of becoming actively involved in improving their situation. 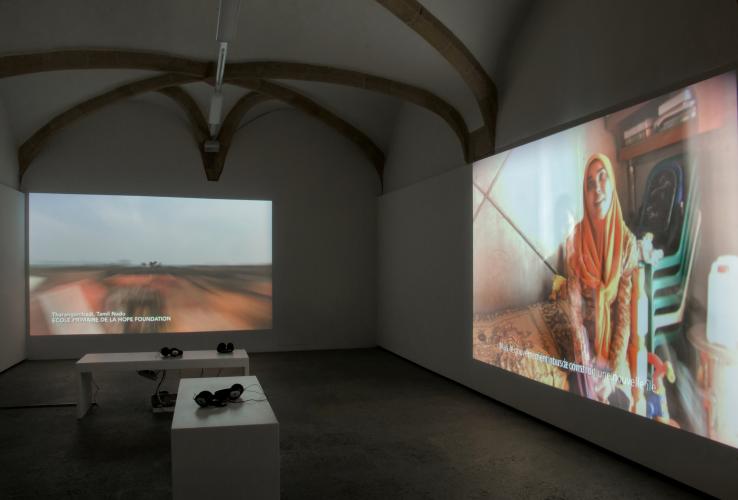 A house is a house is (Heidrun Holzfeind)

For his photographic series “Voyages Apocalyptiques,” Christoph Draeger only once witnessed the event himself — on 11 September 2001 from the window of his studio in Brooklyn he watched the Twin Towers collapse, and his camera recorded the disaster. But without being at a safe distance, the catastrophe was no longer simply to be consumed. No longer a journey to the site of past horror. The act of terror had come to him. And although Draeger was able in this moment to maintain some distance, this one picture still adheres formally to the sensational journalism he is usually at such pains to undermine. The Swiss artist deals with catastrophes, terrorist acts and airplane crashes. Years after the events, he visits and photographs locations such as Three Miles Island, Lockerbie or Kobe. Places from which the traces of devastation have disappeared. The railway station in Bologna is once again a totally normal railway station with tracks, trains and covered platforms. And Hiroshima simply a Japanese city, cloaked in the tender red of the evening sky.

The photographic sequence “Voyages Apocalyptiques” (since 1994) is Draeger’s quietest work, and at the same time also his most enigmatic. Elsewhere he displays an almost childish delight in big bang effects, fireballs glowing in reds and yellows. On first encountering these images, it is not always clear whether they have been excavated from a media archive, lifted from an action movie or playfully created by the artist himself. The borders between fiction and reality are rendered indistinct, to resemble precisely the live spectacle transmitted through our screens by media pictures: news images and Hollywood scenes of terrifying beauty equalized and enjoyed from the comfort of an armchair. After a journey through Christoph Draeger’s world of images, reality is not quite so quickly forgotten. 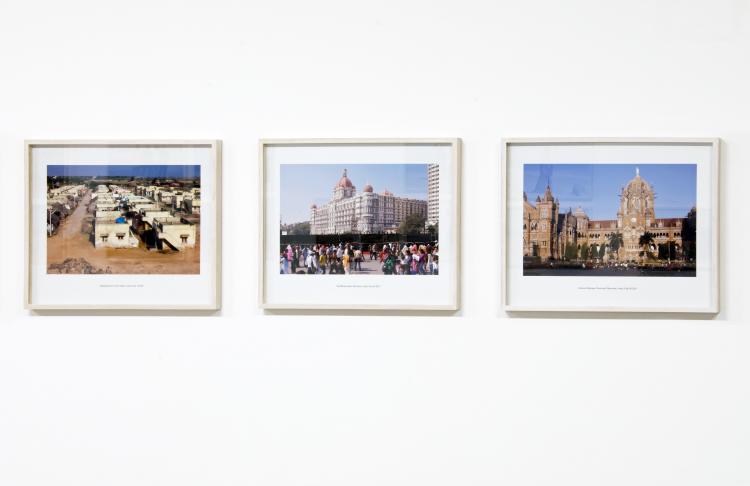 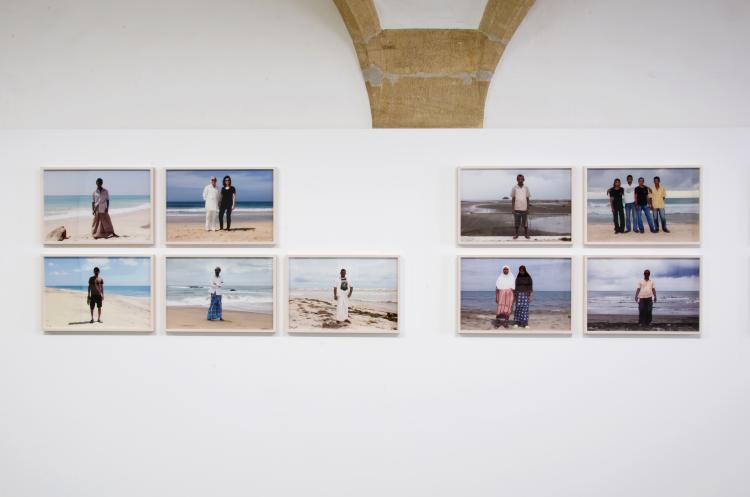