The piece is a meditation on John Hillcoat's endgame epic "The Road" (2009), arranged as a double projection. After a disaster, a father and his son travel through a ravaged America towards the coast, their concern is the daily survival and the search for food. First, Christoph Draeger had the original material selectively appropriated: he reduced the original film to the 7:30 minutes of actual travel pictures and therefore deleted any anecdotes. Then he combined it with his own remake, casting his own persona and that of his 3-year old son in a winterly Vienna, to bring it into the here and now. (Daniela Hardmeier, exhibition curator of Zero, Kunst(zeug)haus Rapperswil, 2013).

Draeger used the german language version to emphasize further on the notion of the remake, which appears now on two levels: the audio, and in his own version. 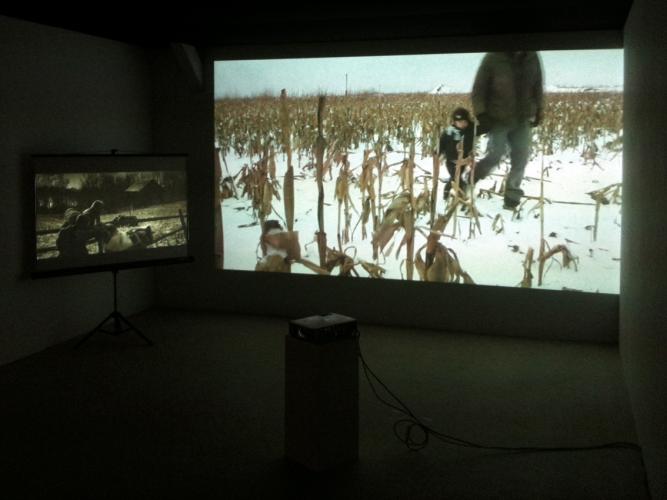