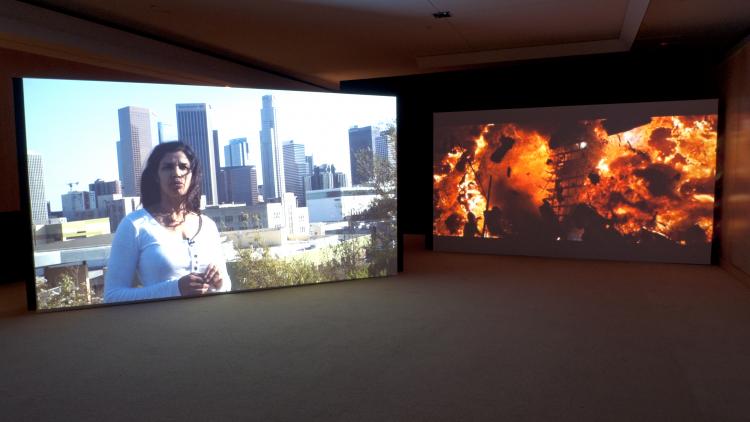 "In a sense Hollywood's frequent destruction of Los Angeles is crass. But it's more often a case of economic expediency than of ideology. Hollywood destroys Los Angeles because it's there." Thom Anderson, in Los Angeles Plays Itself, 2003). Five short excerpts of disaster movies where L.A is being destroyed were chosen. On the second screen, the scenes are critically commented by citizens of the city. 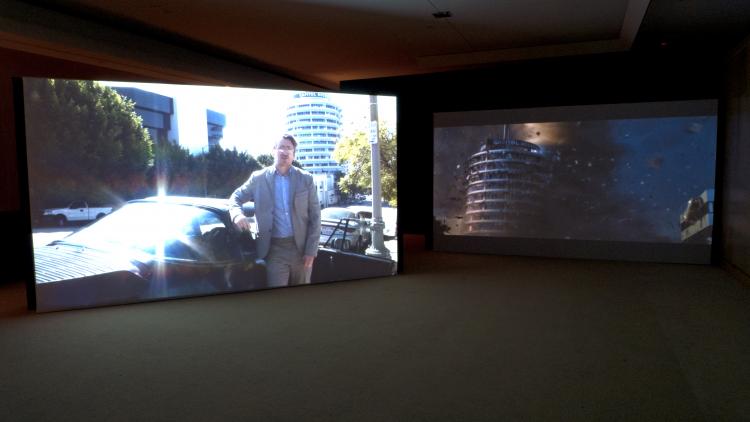 Part 4: The Day After Tomorrow 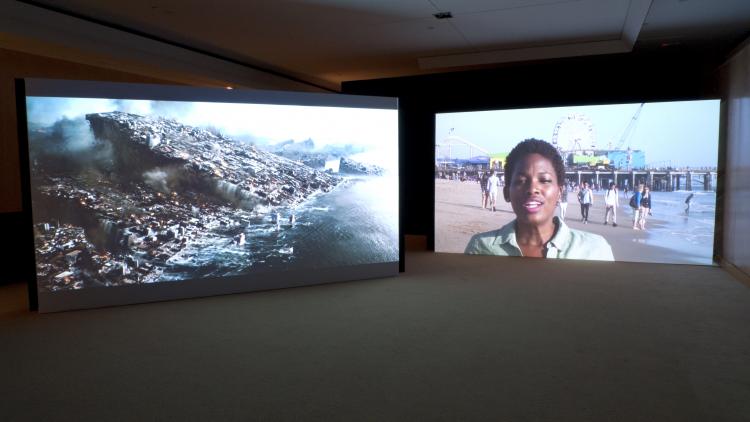